Policymakers, Stakeholders Gear Up For Next Capital Appropriations Bill 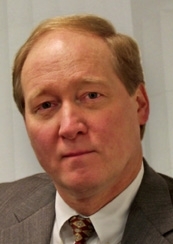 The next big thing in state spending is right around the corner in the way of the Fiscal Year 2017-2018 capital bill.

Slated for introduction early next year, the bricks-and-mortar legislation was the subject of a planning memorandum recently distributed to state agencies and institutions by the Office of Budget and Management.

Budget Director Tim Keen said the agency will try to mirror the collaborative process of 2014 that led to early agreements for divvying up hundreds of millions in spending on higher education facilities along with a few local priority projects.

The guidance bulletin posted last week by OBM provides further details and spells out a schedule that includes a Nov. 16 deadline for agencies to submit project requests and an early-year rollout of the bill, which historically has started in the House.

Also of major interest to a variety of stakeholder groups and their representation at the Statehouse: For the second straight capital biennium, the mostly bond-backed package is expected to include money for “community projects” such as arts and cultural facilities.

Mr. Keen said the administration has determined that the state’s current financial condition will allow for a “small portion” of the appropriations in the bill to be targeted toward “capital projects of local or regional importance.”

The selection of local projects, which hadn’t been funded in the measure during the prior three biennia, caused a bit of friction in the development of the last capital bill (HB497, 130th General Assembly). The result was a delayed introduction of the bill so legislative leaders could have more input.

Mr. Keen makes it clear in his letter accompanying the guidance documents that local officials should expect to work closely with the administration and their representative lawmakers in proposing projects at the front end of the process.

“While the administration may consider project recommendations from various parties, such recommendations are subject to a collaborative review with the General Assembly during capital bill development,” he wrote. “Capital project proponents are advised to communicate with members of the General Assembly about the merits of their projects. Project proponents are also advised to be mindful of constitutional, statutory and federal tax code provisions that govern whether a project is eligible for state bond funded support.”

Mr. Keen added in an interview, “Our work with outside groups will help us prepare to engage members of the General Assembly, particularly with community projects, to come up with some items for inclusion in the bill.”

The OBM director said it’s too early to tell if the facilities budget will exceed the latest version, which included about $2.1 billion in debt backed by the state’s general revenue and another $300 million in mostly cash from non-GRF sources.

“There was no GRF in the past capital bill and I would not expect there to be any GRF in this capital bill either,” Mr. Keen said.

That means any community project request will have to meet certain debt guidelines.

“The capital bill is funded primarily with bonds that are issued for the specific purposes for which we’re allowed to issue debt. Community projects are going to have to be eligible for one of the sources of that funding that we’re able to provide,” he said.

The debt load increase from the capital bill will also have to fit within the 5% limit that voters added to the Ohio Constitution in 1999. Mr. Keen said that won’t be a problem, especially given that the baseline GRF total has increased, mainly due to the addition of federal matching Medicaid money under the expansion of entitlement eligibility. Both federal and state Medicaid funds are reported as GRF in the state’s budget.

Prior to the last capital bill the state’s GRF-backed debt load was at 3.77% of estimated future GRF and lottery profits spending. The current debt level based on the certification for the most recent bond sale was 3.24%. (OBM Historical Capital Debt Chart)

“Just because we have the capacity doesn’t mean we’d want to use it,” Mr. Keen said. “We ought to fund our capital needs being mindful of the fact that there’s added costs to the operating budget because of debt service over the 20-year period of the bonds that we sell.”

“We’re going to try to be restrained in the size of this capital bill because…projects funded through bonds create debt service which translates into spending in the operating bill,” he added.

Higher Education: Gov. John Kasich urged four- and two-year institutions to come together to address their facilities needs in the last two capital biennia, and the Higher Education Funding Commission followed through with an agreed-to package.

The agreement was critical given colleges and universities account for a sizeable chunk of the state’s capital outlay. In 2014, for example, the institutions’ appropriations eventually totaled about $455 million, or nearly a quarter of the GRF-backed debt in the bill.

A formal process has yet to be identified but officials expect the same type of collaboration to proceed this time around.

“On higher ed, we still have a little more work to do to decide how we’re going to proceed this time, although we’ve been very pleased with the work of the institutions in coming together in these last two capital bills,” Mr. Keen said.

The groups representing four- and two-year institutions, the Inter-University Council and the Ohio Association of Community Colleges, are also expecting all of the state’s public colleges and universities to work together on a joint capital request. “We’d love to collaborate both on the control number and the allocation simply because it makes sense for presidents to come together from both sectors to evaluate the projects and make recommendations that fit the governor’s priorities,” IUC President Bruce Johnson said in an interview.

“I do expect the governor to employ this process again. This process kicked off what I would say is the era of collaboration in higher education – what’s happened between community colleges and universities,” he said.

In fact, Mr. Hershey said he’s heard other states, including Tennessee, are looking at replicating the collaborative model.

Asked to identify any specific critical needs that have arisen in the last two years, Mr. Johnson said each institution likely could name a few.

“One of the things that’s not widely understood is that since K-12 got all of their buildings taken care of, that our lab facilities are not as well-maintained as theirs,” he said. “Our roofs are leaking. We have libraries that have buckets.”

Mr. Johnson said both of the higher education sectors face similar issues given state funding for facilities has never recovered to reach pre-recession levels. There has been “no growth relative to where we were a decade ago, and that level was below where it should have been,” he said.

“There is a significant state investment in public facilities that is required to maintain them,” Mr. Johnson added. “We’ve all got the same problem in that a very large percentage of these buildings were either built or rehabilitated during the 1970s and they are certainly in need of rehabilitation.”

Mr. Hershey said that while most two-year colleges have younger facilities, they are starting to show their age and are in need of upkeep. The capital bill is integral to those projects because the colleges generally don’t issue their own debt, he said.

“For community colleges, we generally don’t go into debt hardly at all to do capital projects so the capital bill is really it for us,” Mr. Hershey said.

“Numerous community colleges have zero debt on the book because they are committed to keeping costs low for students. So this capital bill is pretty darn important to us and it reflects a greater percentage of overall capital funding than it would for say a university.”