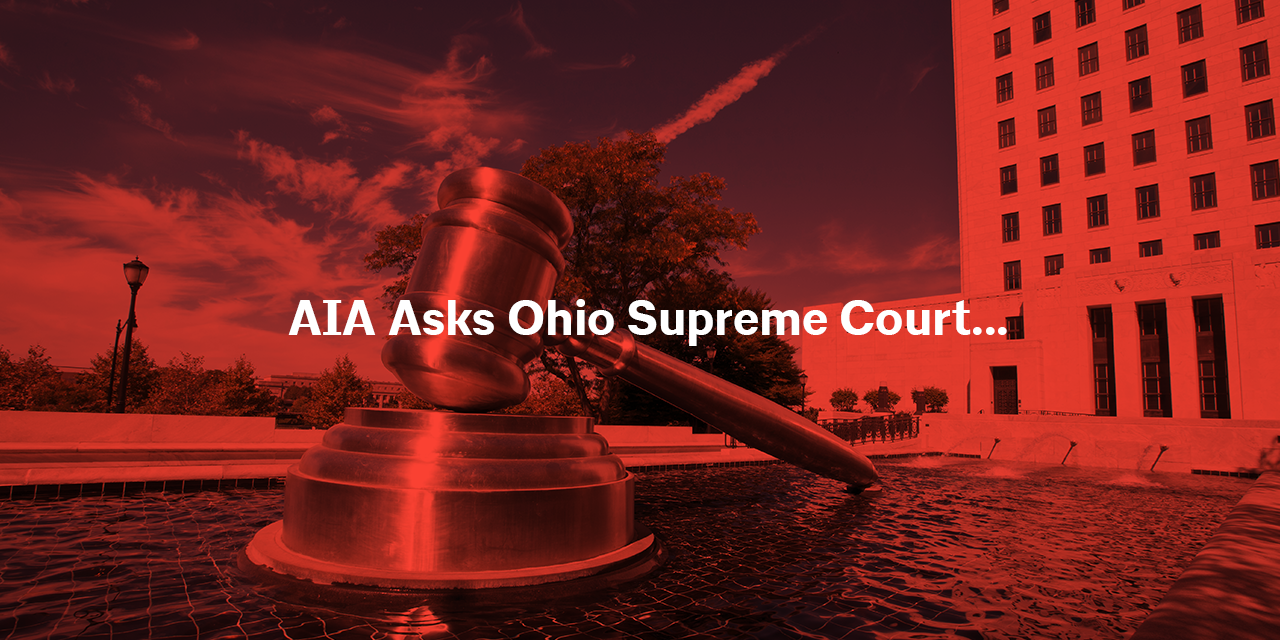 On July 12, 2018, AIA Ohio filed an amicus curiae (“friend of the court”) brief with the Ohio Supreme Court in support of a local architect’s reliance on Ohio’s Statute of Repose, which bars professional malpractice claims from arising after ten years, according to AIA Ohio Executive Vice President, David Field.

In 2015, a local school district filed a lawsuit against its architect arising from alleged negligent design for the construction of a K-12 school building, which was completed nearly 13 years earlier in 2002.

The school district claimed condensation, moisture intrusion and other deficiency issues in various areas of the school building arose “from a defective through-wall flashing system, defective roofing system, and improper installation of insulation….” as a result of “improper design and construction….”

In enacting the current Statute of Repose, the Ohio General Assembly stated its intent “to promote a greater interest than the interest underlying the general four-year statute of limitations“ in non-codified law, 2004 Senate Bill 80 § 3, eff 4-7-05:

(b) [Architects] lack control over other forces, uses, and intervening causes that may cause stress, strain, or wear and tear to the improvement.

(c) [Architects] have no right or opportunity to be made aware of, to evaluate the effect of, or to take action to overcome the effect of the forces, uses, and intervening causes ….

The Third District Court of Appeals would bar the School’s untimely lawsuit under the Statute of Repose but-for outdated Supreme Court precedent:

The statute [of repose] specifies that NO cause of action for damages to real property, resulting from the improvement to that real property, can be brought after 10 years from the time the improvements were substantially completed.  R.C. 2305.131. The statute does not limit it to claims for torts only. Regardless of what the School labels this claim, the School is trying to collect damages resulting from an improvement, i.e. the Project, to real property. The statute specifically prohibits this.  Thus, it would appear that the statute specifically denies the claims in this case.

The Court of Appeals did not rule on whether the Statute of Repose applies to the State as a moot issue.

The architect appealed, and the Ohio Supreme Court awaits briefing from the parties before hearing arguments.

AIA Ohio’s brief and the briefing of the other parties are available on the Supreme Court’s website at: